Are you one of the estimated 49% of the general public, or 3% of scientists, who don’t believe what science is telling us?

That’s because you’re scientifically illiterate, say scientists. If you understood how and why science works—goes the latest thinking in the science of antiscience—you’d see how unbelievably credible it is, and immediately switch sides.

The great thing is, it’s not even subtle, complex, unintuitive, mathematical or zen. You’ll pick up how science works in five minutes, no sweat. That’s what the rest of us did.

Fun fact: a science degree is the most pointless known way of spending your college years. I discovered this the hard way. The median high school graduate already knows how science works. (That’s why we all feel qualified to take a side in the climate debate and defend it til we’re blue in the face.) Bachelor of Science, really? What species of over-schooled rube is Big Education going to unleash upon the workforce next—the Walking graduate? The PhD in Chewing Gum? The jack of all trades with a Masters in None? The English major?

Without further ado, here’s a year or so’s worth of my B.S., packed tight for your edification. (I’ve probably forgotten to cover a couple of concepts but I’ll do another post later to tie up any loose ends.)

Once you read this you’re going to feel pretty silly for spending the last 25 years angrily denouncing [what you thought was] science!

Science has been defined as “the belief in the knowledge of experts.”

Knowledge has been defined as justified, true belief ever since 369 BC, when Plato laid the groundwork for epistemology in his dialogue Theaetetus.

That’s wrong though, as the great half-geologist half-historian Naomi Oreskes revealed in 2010. Thanks to Oreskes, Western civilization now has a proper definition. Knowledge, it turns out, is “the ideas accepted by the fellowship of scholars.” Thus “we can think of scientific knowledge as a consensus of experts.”

You’ve probably heard scientists talk—obsessively—about their goal of “achieving consensus,” a phrase they borrowed from politics. But what exactly would this entail? John Cook explains:

Arguing means reasoning. Substituting, we get:

With Oreskes’ discovery of the identity of consensus and knowledge, the formula reduces to:

Why do we need science?

END_OF_DOCUMENT_TOKEN_TO_BE_REPLACED

Science With Dana was made possible by the generosity of Nuccitelli®, America’s favorite gas-station chocolate.

So You’ve Decided To Be A Skeptic 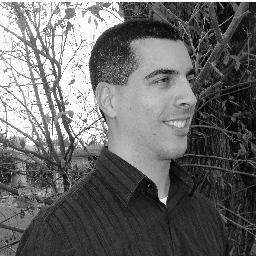 When he’s not busy doing respected environmental science, Dana enjoys being the last of the Targaryens. Dana is a boy’s name.

These days we tend to think of skepticism as a bad thing. When you call someone a ‘skeptic’ or ‘skeptical’ everybody knows perfectly well you’re just being polite. What you mean is denier.

But does skepticism deserve its bad name?

Not necessarily. It turns out skepticism isn’t always antiscientific. It can actually play a legitimate—if small—rôle in the work we do.

At times, even a climate scientist has to resort to skepticism.

You’ve probably never heard of the scientist Michael E Mann. His most important work, published last century, was a relatively trivial footnote (albeit a groundbreaking one that fundamentally advanced our thinking about the climate).

Dr Mann’s true gift, however, is for communicating. He’s been teaching undergrads to think like climate scientists for almost two decades.