A friend first alerted her to the tweets condemning Pachauri’s remarks. She was speechless on reading them, she said.

“Have we made such little progress, I wondered? I couldn’t believe how ign[or]ant and out-of-date [Pachauri’s critics] were.

“Strong women who were perfectly capable of holding their own in the scientific world without the aid of trigger warnings and humor codes.

“Overcome by emotion, I slammed my laptop shut before I could even start on 20th-century examples, from Marie Skłodowska-Curie onwards.

“My wonderful and supportive partner was walking past and asked me what was wrong this time.

Naomi Oreskes, alt-history novelist and Professor of Majority Opinion in the Earth Sciences.

Harvard’s Naomi Oreskes agrees—whilst stopping short of the need to be held—and says Pachauri’s jokes acknowledge an important social reality, like all the best comedy.

“Do you really think twenty-something homewreckers don’t exist in science? Is science special? Don’t be naïve,” she admonished me.

“There are sluts in every field of human endeavour. Refusing to talk about them and their push-up bras is not going to make the problem go away.

“A common strategy employed is to gently push their shoulders back a few inches,” Oreskes noted—”an action that serves to lift their breasts even higher. Men are excited by the sight of their heaving breasts as they breathe in and out deeply.

“What honest scientist could resist such distractions? Even—or especially—if he was married to prominent Delhi physician Saroj Pachauri?

“As a sexy, sexual woman with one foot in the scientific world myself, I go out of my way never to distract real scientists from their work.

“But do you think for a second that these young bimbos make the same effort? You must be kidding.” 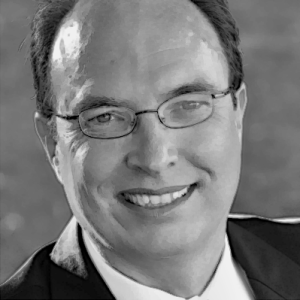 Greg Laden is believed to be the first climate feminist.

Climate anthropologist and feminist Greg Laden, PhD, has read over a year’s worth of Dr Pachauri’s SMS and WhatsApp correspondence with a young woman on his staff—the raw material from which the climate chief reportedly drew his hilarious observations.

Laden said the documents tell the story of a 29-year-old girl who wages “a relentless and persistent campaign against  [her employer’s] love,” as Pachauri himself puts it at one point.

“It’s almost incredible the way she refuses to take a hint [and submit to his overtures],” explained Laden. “This stuff goes on for a year and a quarter!”

One episode was especially resonant.

“At one point Pachauri has to spend 3 months pestering the girl to forgive him for stalking her.

“It gets ridiculous in the end—he’s forced to text her at 3 or 4 a.m. just to get her attention.”

This kind of slow-drip emotional torture is more common than most people realize, Laden said.

“Up to 1% of employees in the workforce are estimated to be psychopaths.

“These ‘workers from hell’ think nothing of subjecting their bosses to years of anguish, as Dr Pachauri has found out the hard way.

“And for their elderly victims, the effects can be just as scarring as [those of] domestic violence.”

Lending support to Laden’s analysis are Pachauri’s own descriptions of the young researcher as “inconsistently cold,” “obstinate and cold,” and having “a frozen heart.”

The girl also shows the narcissism pathognomonic of psychopathy, he said, pointing to an official police report in which she has the chutzpah to complain that:

Due to my elevated levels of stress, I always feel panicky and tense, and feel like throwing up…  I have immense stress and panic and suffer frequent nightmares… I get frequent panic attacks…

“This Jane Doe—or ‘Meri Jaan,’ to use the Hindi—is clearly oblivious to the agony she herself has just spent fifteen months putting Dr Pachauri through, day in and day out, by denying him so much as ‘a kiss or any other token of tenderness,’ as he puts it.”

Once it became overwhelmingly obvious that they couldn’t go on working in the same building, Pachauri finally took evasive action and made it clear ‘Meri Jaan’ should look for work elsewhere.

“Dr Pachauri did the right thing in the end—the brave thing.

“But the question remains, why should he have to? Why should it be up to him to fire her?“

How many other careers have been affected by workplace psychopathy, we simply don’t know, said Dr Laden—but talking about it is the first step.

What Laden can’t abide is being told what he, as a feminist, should and shouldn’t be outraged by.

“Climate rejectors never tire of mansplaining why I should be getting my panties in a knot over [Pachauri’s remarks]. Because, you know, I couldn’t possibly make up my own pretty little mind. Or something.”

It’s misogynistic condescension of the most heinous sort, if you ask him.

“In attempting to turn the feminist movement against Pachauri, they’re shamelessly exploiting us.

“I hate to break it to deniers, but this isn’t the 1950s. Modern women’s advocates don’t need you or anyone else telling us how to feel.”

The chauvinism of skeptics, sadly, is no great surprise to Laden.

I begin to see why Dr Laden’s high-yield insights have made him such a sought-after interviewee on the Pachauri scandal. Awed and grateful, I commend him on his ability to frame the issue more lucidly than sources like Deborah Blum, Naomi Oreskes and Connie St Louis ever could.

“What can I say? I guess we’re just better [at feminism] than women.”